The Milwaukee Fringe Festival will showcase live theatre, music, dance, comedy and visual art from the region alongside 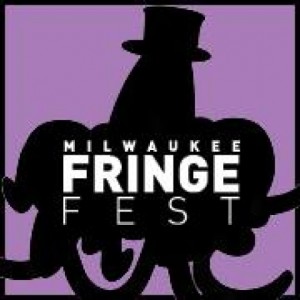 keynote speakers and national performers with a connection to the Greater Milwaukee area.  In addition, MKE Fringe Fest will also feature some of the area’s best food trucks, a beer garden provided by Old German Beer Hall and other culinary delights.

Founding member John Schneider describes the festival as “A collaborative, interactive, inter-generational, multidisciplinary performance exhibition meant to thank the people of Milwaukee for sustaining an environment in which the arts are genuinely valued and great work is possible.”

“Milwaukee’s art scene is as diverse and prolific as any in the nation. The Milwaukee Fringe Festival is an event to celebrate that diversity on a wide scale,” said festival Co-Founder Eric Engelbart.  “We want this festival to be an immersive experience that features extraordinary work from many Milwaukee and Wisconsin-based arts groups.”

Matt Kemple, Co-Founder of the MKE Fringe Festival stated, “Our goal is to expose audiences to talented performers they may not discover on their own, while also celebrating established artists who got their start in Milwaukee. There is a high level of talent here in Brew City and we want to acknowledge that talent with a celebration of the arts.”

A call for submissions is announced for creative artists of all kinds to submit to perform or display. Those interested may do so beginning February 15, 2016 via the Milwaukee Fringe Festival website, http://www.mkefringe.com. Submission fee: $20 or Early Bird is $15 until March 1st.. Submissions will be accepted through March 31, 2016.